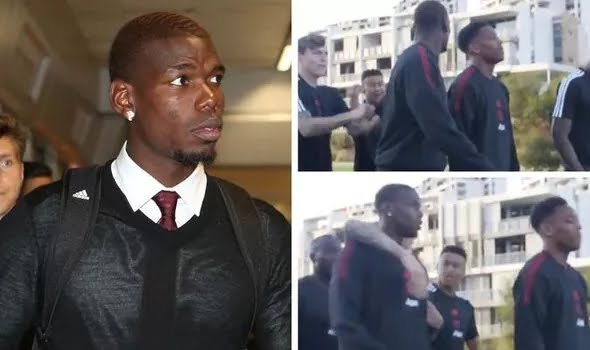 All eyes have been on Pogba as he has been linked with a move away from Old Trafford to either Real Madrid or Juventus.

And it now appears he has clashed with team-mate Lingard ahead of pre-season training in Australia.

In a video shared by Manchester United’s official Twitter account, Lingard and Pogba looked to exchange heated words with Lingard looking far from happy as his French team-mate took a step towards him.

Defenders Victor Lindelof put an arm around Pogba and got between the pair before the footage panned to another part of the group.

But fans quickly noticed what they had seen and pointed out the encounter between the team-mates on social media.

One said: “Pogba looks like he’s about to fight Lingard at 0:11 before Lindelof calms him down. Can’t tell if it’s real or not though.”

Another added: “Is it me or did I just see lindelof cut an argument between lingard and Pogba?”